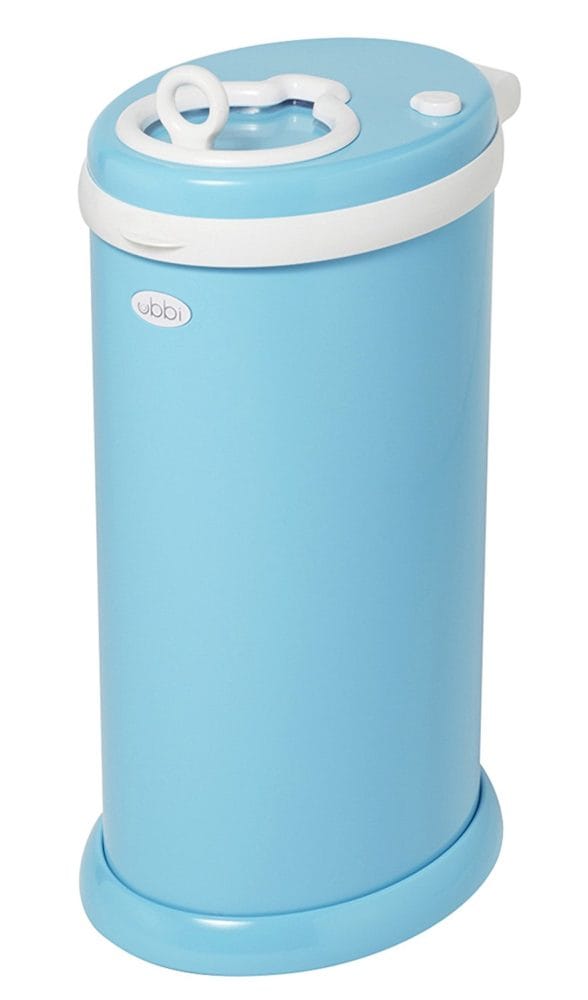 The world of diaper pails has remained relatively unchanged over the past six months, so we’re sticking with our original pick for the best diaper pail. In short, the Ubbi Steel Diaper Pail remains the easiest to use, the most-attractive, and yes, it still holds a lot of diapers without stinking up your nursery.

Your baby will blow through an average of 2,500 diapers per year. That’s at least six per day. A diaper pail is a specialized trash can that serves as a place to stow those dirty diapers. A good one is easy to use, contains odors, and doesn’t cost too much to maintain. After looking at six diaper pails, I’m convinced that the Ubbi Steel Diaper Pail is the one to buy, having the lowest three-year cost of ownership, and being the easiest to use. A big reason that we chose the Ubbi Steel Diaper Pail was that it did not require any special bags.

We considered nine diaper pails, and we ended up living with two of them. We got our hands on—and inside—of the pails, and used real dirty diapers. Bags full of soiled diapers were emptied and changed until the last diaper pail standing was the Ubbi Steel Diaper Pail.

who should buy this?

Any parent who wants to trash dirty diapers near the baby’s primary changing spot will want a container designed specifically to do the job. The key here is odor control. If you’re planning on saving money by using a regular trash bin, go for it, but most who try that route reconsider.

We interviewed Lauren Hartmann, an experienced diaper pail user and writer at The Little Things We Do, and asked her why someone would buy a diaper pail. She replied, “I purchased a regular trash can with a lid before going with a diaper pail and it was terrible and so smelly! I ended up just walking every stinky diaper to my outside garbage, which was a pain. Specialized diaper pails always seemed pointless to me until I had one and now I’m so glad I have it.”

What makes a good diaper pail?

For the longest time, your only viable option for diaper disposal other than a shopping bag was to use the Diaper Genie. These were poorly made, required cartridges, and did little to contain odors. Today’s best pails are made out of either high-quality plastic, or metal. You’ll want something that has an easy-to-use opening, not too large as to let out odors, but big enough to get a diaper into it.

Our finding was that unless you live next door to a few different baby stores that physically stock your pail liners, you’ll have better luck buying them online. The refills are packed in cases that dispense them until there’s nothing left, like tissues. It can be difficult to see you’re about to run out of liners.

Many companies advertise carbon filters and baking soda cartridges to eliminate odors, which may seem attractive to the first-time parent. But let’s take a step back and remember what we’re working with here. There’s nothing that will magically make odors disappear like they do in air-freshener commercials.

We interviewed Greg Allen, from the popular parenting blog Daddy Types, and this is what he had to say about diaper pails:

I was so disappointed and annoyed by the diaper pail paradigm that was being put out there. Women were imagined as the changers, the fillers of the diaper pail, and men were the emptiers. The whole notion of being dainty and out of sight and no problem, they would solve that problem first, but then actually emptying the thing, and having the tube unroll on you, and whatever other problems with emptying it, those got back-burnered. That was the dad’s problem.

A diaper pail is a roughly three-year investment, and a potential motivator to start reading up on potty training. Even if the pail costs a lot at first, like the Ubbi Steel Diaper Pail, it could end up saving you money, time and energy. The pails we tested ranged in price between $30 and $80 in store. Of the pails that require liners, like those from Dekor, Munchkin, and Playtex, you’ll end up spending more on liners than on the pail. With Dekor, an extra refill costs $15, and will hold as many as 1160 newborn diapers. You’ll need at least 7 packs of refills for the average baby, adding $105 to your upfront cost. With the Munchkin Arm & Hammer Diaper Pail, the refill pack holds only 250 diapers. Their system would require 30 refills, adding almost $200 to your upfront cost. When we calculated the three-year cost of ownership of each pail, the totals ranged in price from $110 to $345—a significant difference.

The Diaper Dekor Plus was a decent entry level model at $40, but it lacked the heft and more solid construction of the Ubbi Steel Diaper Pail, which retails for $80. There are more expensive models on the market, but they’re in no way worth the extra cash.

We took our two top choices into our homes and put them to work to determine which was the best diaper pail. We observed their capacity, and construction, while seeing how easy they were to operate. We noted the odor when closed, and open, and made sure that the openings were efficient and large enough for bigger diapers. Lastly, we calculated three-year cost of ownership based on current prices.

After a week of in-home testing, we unanimously agreed that the Ubbi Steel Diaper Pail was the best diaper pail. Compared with the leading competitor, the Diaper Dekor Plus, it holds more diapers, contains odors better, and is easier to use while having a lower three-year cost of ownership.

The Ubbi Steel Diaper Pail uses a hand-operated lid with a circular grip to open the pail. This can be locked with the turn of a dial. The opening is of adequate size for loaded diapers, and slides to other closed position with one hand.

A kitchen trash bag, used in lieu of a special liner, fits over top of an internal ring that holds it in place. The mechanism is sturdy and was definitely well thought out. Lift the ring, and take the full bag of diapers out.

The Ubbi website says their pail holds up to 58 newborn diapers, or 23 Size 5 diapers, meaning it will hold a couple of days’ worth of nappies. We found those numbers to be pretty accurate. The odor from the diapers was almost unnoticeable in the room, thanks to a rubber gasket lining. Since the pail is metal, it won’t absorb odor either (unlike some plastics). Inside and out, the construction is solid because there aren’t a ton of moving parts like on other pails. You won’t get carbon filters or advanced air filtration components, but you’ll be happy with how it works. Even though the pail is made out of steel with a rubber seal, there’s nothing that you can do to avoid the smell released when you have to change the bag. It would be great if they introduced a door for bag removal on future models to prevent the upward movement of what were previously trapped odors. Yet as I said before, think about what you’re working with. There will never be a perfect system that eliminates odors or that makes diapers disappear.

The Ubbi Steel Diaper Pail retails for $80 online and in stores. If you’re worried about how it’ll fit into your decor, don’t worry: it’s available in twelve different colors. Over the course of three years the total cost of ownership is an estimated $110. This includes the pail and the supply of normal kitchen trash bags to use with it. And if you’re into cloth diapers, they’ve created a specialized cloth diaper pail liner.

who else likes it?

In a 2012 post on Babycenter.com, the reviewer gave high praise to our pick. “It’s totally cute and comes in a whole rainbow of colors. It’s got eco-friendly options. If you’re not crazy about the idea of plastic bags. So if you’re like me and have shied away from diaper pails, then this simple, smart and sleek pail from Ubbi might be the one to consider.”

Recently Babble.com did a Best Diaper Disposal Units competition, and the Ubbi Steel Diaper Pail won most attractive. The reviewer wrote, “I [also] liked the size of it, and the fact that it can be used with basic kitchen garbage bags-I’m not really into buying extra supplies.”

On Amazon, the Ubbi Steel Diaper Pail has a 4.1 out of 5, with over 1500 reviews. A recent reviewer said, “Not only is it easy to clean, but the smell is well contained. I can even use my cloth diaper bag with it, which was a major selling point for us!”

When searching for the best diaper pail we considered these alternatives, but they did not make our featured list:

Care, Use, Maintenance, and Repair

Treat your diaper pail like a trash can because that’s really what it is. When spills or messes happen you’ll want to get them as soon as possible. Ubbi’s website says to wipe the surface of their pail with a cloth or sponge that has been dampened with warm water and a mild soap to clean and disinfect the pail. If you want to go a step further, we recommend BabyGanics as a safe pick for cleaning products, and their Multi-Surface Cleaner is a good option for more serious nursery cleaning.

A lot of companies have YouTube channels to show you how to work, and maintain your diaper pail. These are a great resource for when you forget how to change the bag. (It’s pretty simple, though.) 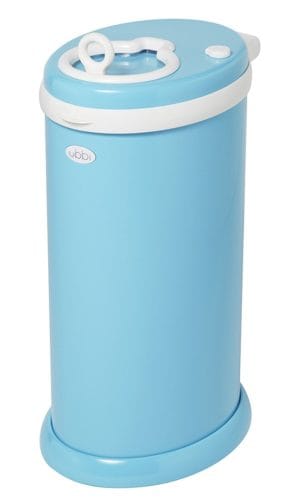 Buy on Amazon
How to support The NightLight
Add to Registry

The Ubbi Steel Diaper Pail comes in with the lowest three-year cost of ownership, high-quality construction, and an easy to use feature set. There’s no need for hunting down specialized refills, or cartridges, as it uses your everyday kitchen trash bags. It stands atop a field of inferior products, and makes you wonder why anyone didn’t think of a metal diaper pail sooner. We’ve kept ours, and still use it. That’s how much we like it, and feel it is full deserving of the best diaper pail title. 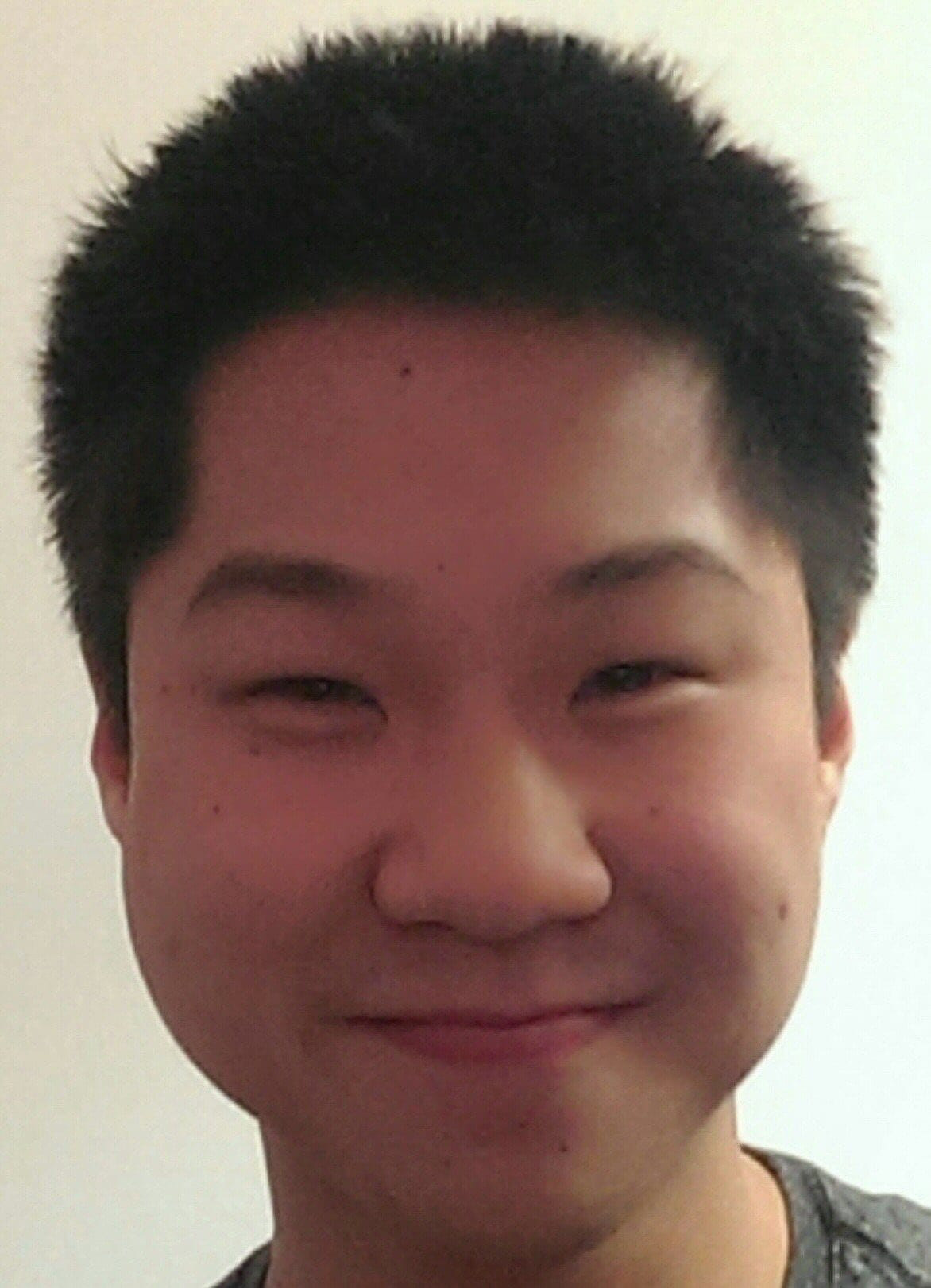 Matthew DeLauder is a certified Child Passenger Safety Technician and baby gear expert from Northern Virginia. He currently manages a specialty baby store and has helped countless parents find the right gear to navigate the baby product landscape. He spends his downtime writing for The Nightlight and hanging out with his seven-year-old nephew on the weekend.

Discuss this guide on

Expecting? We’ve made it easy:

Add All (Or Some) to Cart

Also on The Nightlight

Keep In Touch With The Nightlight

Please review our privacy policy before continuing. You can confirm that you would like to hear from us via email by checking the Marketing Permissions box below:

Thank you for joining us! We look forward to keeping in touch!

The Nightlight will use the information you provide on our MailChimp form above to be in touch with you and to provide updates and marketing. Your information will not be shared with any third parties.

You can change your mind at any time by clicking the unsubscribe link in the footer of any email you receive from us, or by contacting us at thenightlight@comfortableliving.co. We will treat your information with respect. By clicking the Submit button on our MailChimp form, you agree that we may process your information in accordance with these terms.