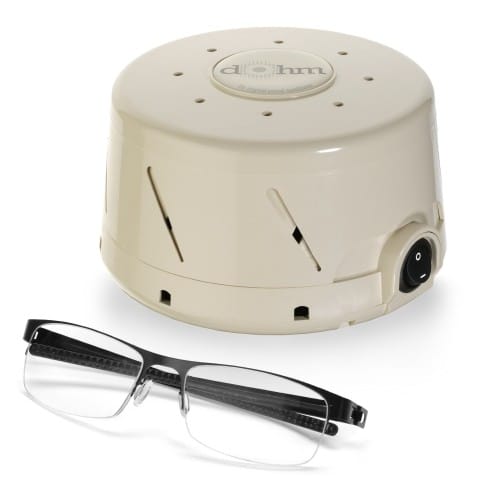 It’s common knowledge that babies respond well to white noise: turns out, womb environments are very noisy. But having a good reliable source of white noise helps you, the parent, as well, because you won’t need to tiptoe around quite so much. The white noise in your baby’s room will block out your living sounds—especially helpful during the day.

There are countless baby-specific white noise machines, some of which are okay, especially for strapping to a carseat or stroller, but most are weak—not loud enough to be truly effective. Most baby white noise machines also perplexingly have a timer function which shuts them off after 30 minutes or an hour. I prefer my white noise to run until I stop it, usually 8 or 10 hours later. There are apps that will do in a pinch, but they’re not really ideal either. Certainly not as fire-and-forget.

I purchased the Marpac Dohm for myself when sleeping suddenly became an issue for me during pregnancy. It is powerful, and has two settings: loud and louder, and the housing can be adjusted to change the tone of the noise. It has a fan and creates true actual white noise, and is the most effective sleep machine I’ve found. There is some controversy about using loud white noise and its effect on babies’ ears but as long as the machine is a good 5 to 10 feet away from the crib, it will fill the room with low, dull noise. (Just never leave it right up next to a child, sleeping or otherwise.) 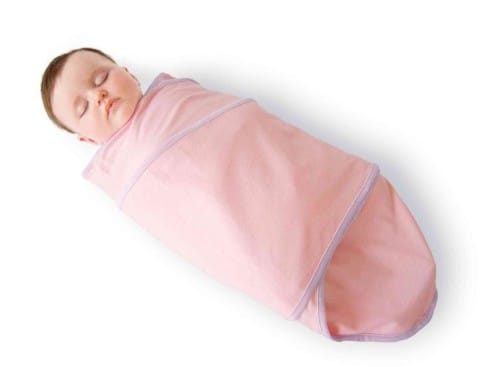 When my daughter was two or three weeks old, I bought a Miracle Blanket swaddle, because I’d heard Kim Kardashian say she had used one. I was in a panic. I’d never gotten the hang of swaddling with a plain old blanket as well as the nurses at the hospital had. Though I could do a decent burrito, my daughter’s increasing strength meant that she could sometimes pop right out of it. And I was convinced that swaddling was a sleep-time essential.

The Miracle Blanket is the best dang swaddler on the planet. It’s easy to figure out. The “wing” material—which is what you use to, essentially, straightjacket your baby’s arms down—is nice and long, giving you enough runway to wrap them several times. Once you get the hang of it they will never be able to Houdini their way out again. I used mine until my daughter began rolling over, around the six-month mark.

This is not a baby product; they are little square disposable pads made for dogs to urinate on. However, they are cheap and can be bought in bulk, and laid on your baby’s changing table so that you never get poop or pee on the clean materials again.

Sounds wasteful, but you’ll soon find that you don’t go through very many—there isn’t always an accident!—and it’s worth it to be able to simply crumble up the disgusting mess and whisk it into the trash can. 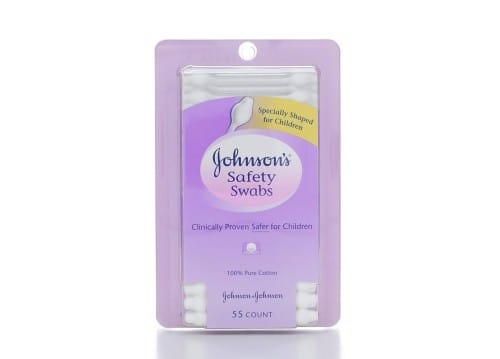 Maybe I’m the only person who didn’t know about this product, but until my daughter was almost four months old, cleaning her ears was a terrifying process. I feared jamming a Q-Tip in too far and harming her; unsurprisingly, her ears were sort of gross. My pediatrician didn’t mind telling me so! I explained my fears to her and she said, “Oh, use the safety swabs. They sell them in the baby section of drugstores.” I was floored. They make those? Of course they do! And they’re great! 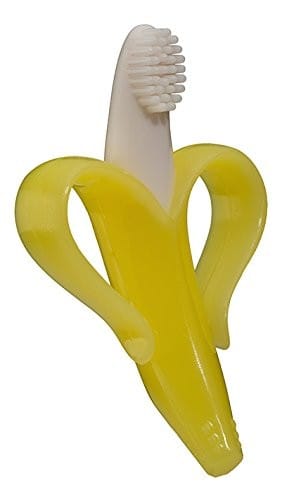 My daughter wasn’t the worst teether on the planet. She took it in stride, although she was certainly a heavy chewer for a few months. We bought every teether on the planet: rubber, plastic, wood. She would chew on them and discard them after a few minutes, often returning to them later, but never really getting too attached to any one teether.

I found the Baby Banana when I was looking longingly at toothbrushes for babies, thinking forward to the time when she would have actual teeth. Though it looks a lot like a toothbrush, and is sort of an “intro” to the concept of the toothbrush, the baby banana is an A+, must-have teether. My daughter still uses hers and she’s 17 months old. She loves it! All babies I’ve recommended it to love it! Random parents on the street would walk up to me and say “What is that weird banana she is chewing on?!” “It’s the Baby Banana!” I’d yell, “Get one immediately! Your life depends on it!”

Laura June is a mother of one Zelda in Upstate New York. Each week, Laura June lists a bunch of things for parents and babies that she really likes, in the most subjective, unrigorous way possible. Some may even find their way into future guides for testing. But maybe not!

Expecting? We’ve made it easy:

Add All (Or Some) to Cart

Also on The Nightlight

Keep In Touch With The Nightlight

Please review our privacy policy before continuing. You can confirm that you would like to hear from us via email by checking the Marketing Permissions box below:

Thank you for joining us! We look forward to keeping in touch!

The Nightlight will use the information you provide on our MailChimp form above to be in touch with you and to provide updates and marketing. Your information will not be shared with any third parties.

You can change your mind at any time by clicking the unsubscribe link in the footer of any email you receive from us, or by contacting us at thenightlight@comfortableliving.co. We will treat your information with respect. By clicking the Submit button on our MailChimp form, you agree that we may process your information in accordance with these terms.